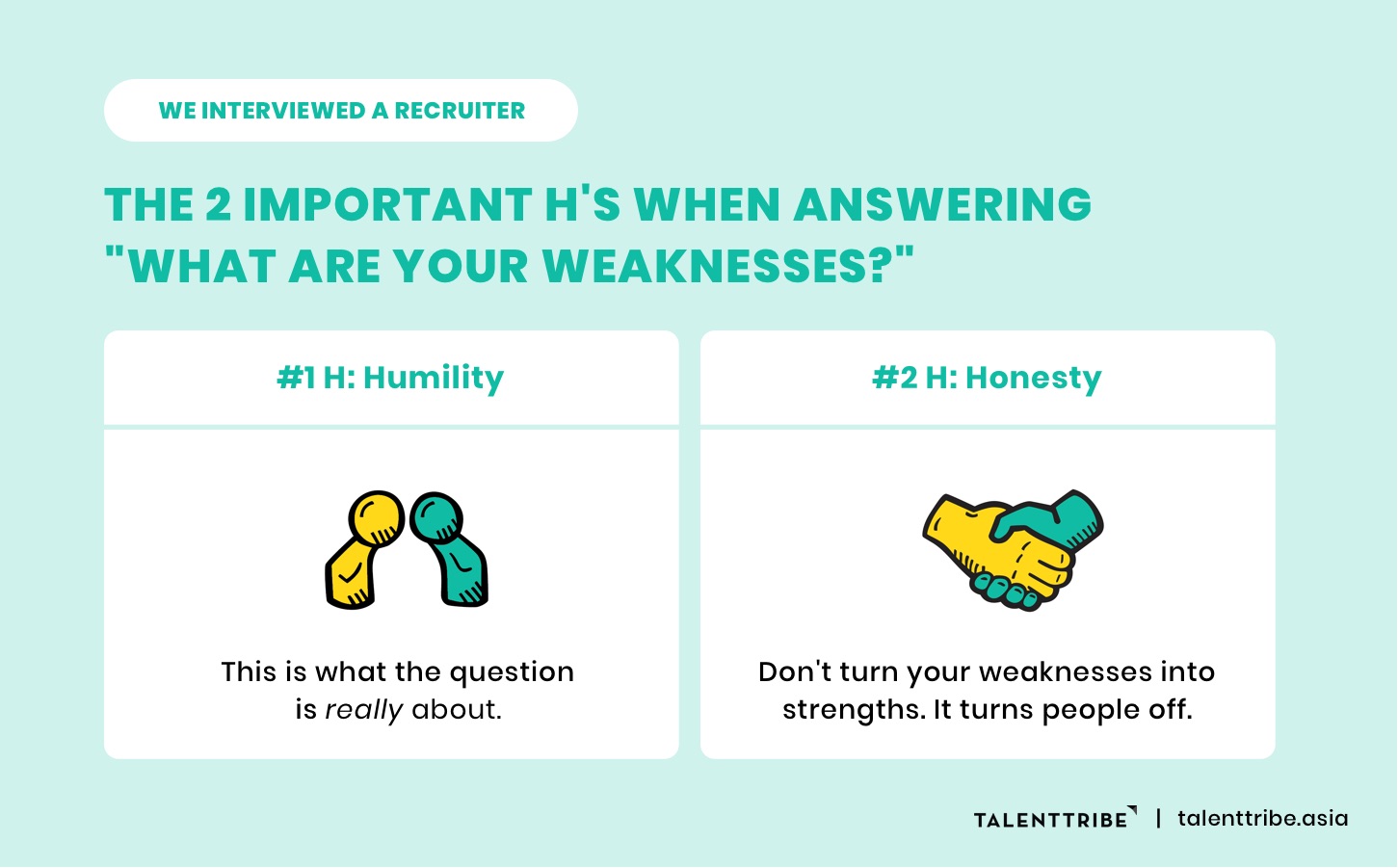 “I am a perfectionist, and sometimes I spend too much time working on a project – more than is required of me. As a result, I have to spend more time to catch up with my other priorities.”

Thank you for your time, and better luck at your next interview.

We interview Ryan Park, a seasoned recruiter with 15 years of experience in Talent Acquisition. In all of the interviews he conducted, he asked this question many times – and got many different answers.

Some managed to impress, but most of them were poorly articulated.

He shed light on the true intention of this question and shared tips on how candidates should really answer the question.

During interviews, recruiters like to get people to share their weaknesses and strengths. What are you looking out for and how can people not kill their chances at landing their jobs, even when talking about their weaknesses?

It doesn’t matter how big your weaknesses are. What we’re looking for is humility.

This is a very cliché question, but also very powerful. 9 times out of 10, when I ask about their weaknesses, they are unable to answer it. Which also means they’ve never thought about it.

Even for their strengths, they tend to talk about being proactive, very driven, good problem solvers. But when I ask them what sort of problems they’ve solved in the past, they cannot answer the question.

They’re saying things for the sake of saying it. That is something they have to really think about.

Also, schools and career seminars have influenced students to think in a certain way. They train students and undergrads to tweak their weakness around and make it into a strength.

That is totally wrong. Nobody likes that. That to us is dishonesty. I am asking you a very serious question and you’re not taking it seriously. That is my reaction to it.

What we’re looking for is humility. If you don’t know about humility, you will never know what success would taste like. You’d only know a fraction of it. Without humility, there is no way these people can blend into our cooperate culture.

Or any cooperate culture for that matter.

… it was a very honest answer.

I cannot really give you the full details because it’s very personal. But it was a very honest answer. The candidate told me about his failures in the past and why he failed. He touched on his personality, his relationships with the people around him.

He shared all the frustrations that he had and that has become his become weakness. Whenever he receives feedback, that particular issue had always surfaced. He started thinking if that is really his core weakness.

He thought that being “that” had two sides to it. On one hand, it can really be disturbing and not so comforting to others. On the other, he thought that this particular trait of him was his source of motivation. It was the biggest motivation that he had. Unfortunately, it somehow became his biggest weakness.

He didn’t like the fact that he had “that”. He shared that he is trying so hard to improve on that, and the changes that took place ever since. He even had counselling for it, and got a mentor to help him out with it.

That was the best answer. 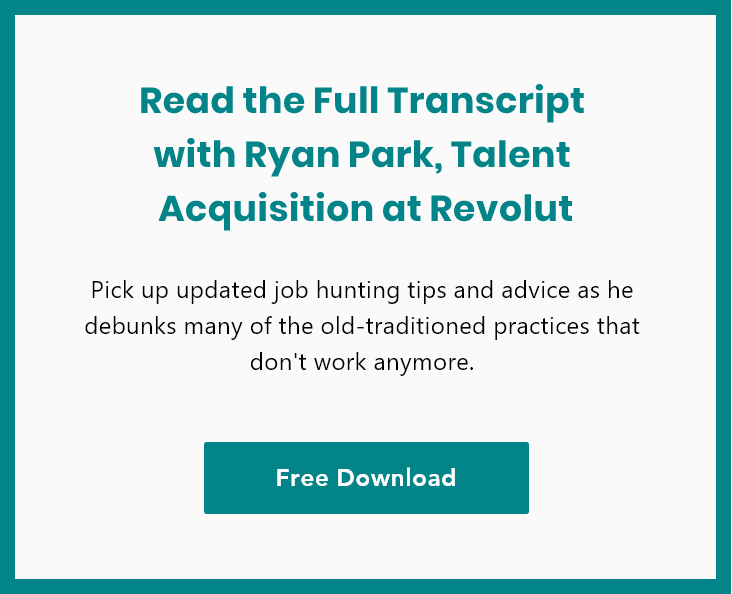 Unlearn what you were told, and avoid this grave mistake that can jeopardise your chances at employment. For more interview tips and advice, check out the other articles in the “How To Answer” series where we break down the true intentions behind tricky interview questions, and how to best answer it. 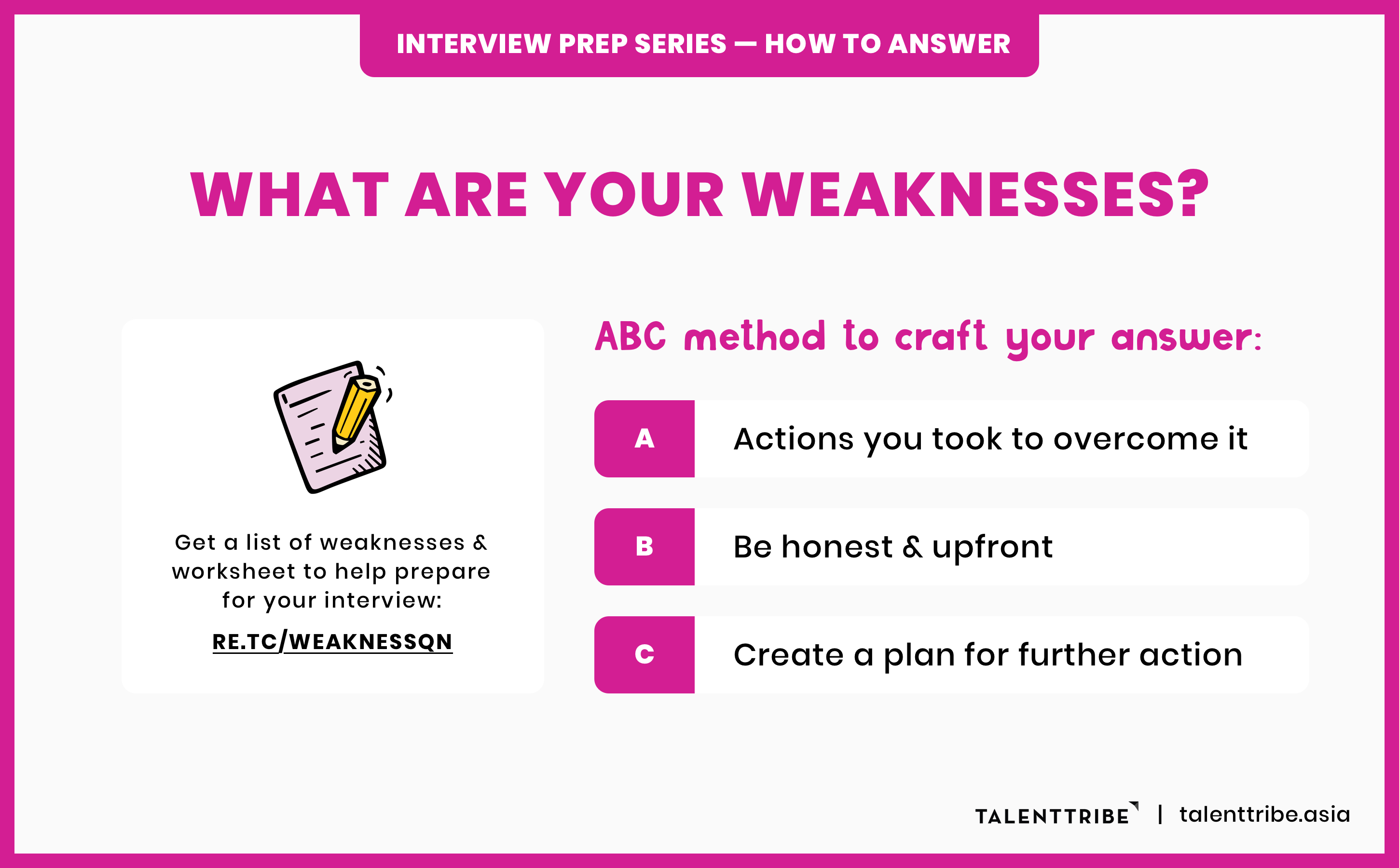 How To Answer: What Are Your Weaknesses? 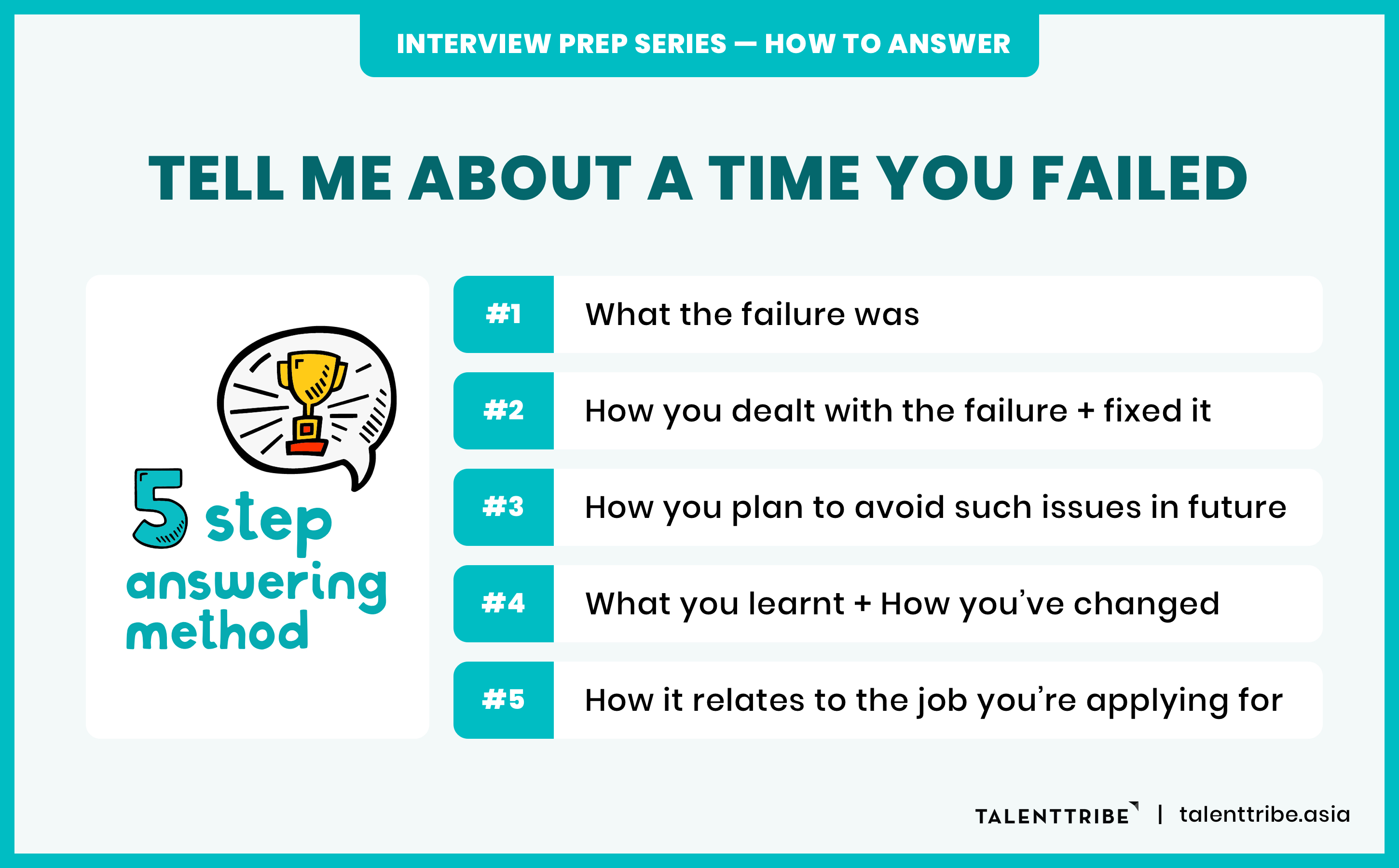 How To Answer: Tell Me About a Time You Failed

Talking about a time you failed may feel like walking into a trap – but it doesn’t have to. Here’s what you can say.

Humility and Honesty. That is all to keep in mind when answering this question.

How To Answer: What Are Your Weaknesses?

How To Answer: Tell Me About a Time You Failed